Perseverance, courage and stability… We can define Turkish President Recep Tayyip Erdogan with these three words shorthly. Many people can be angry at me for writing this but if we must be realistic, yes he really did a good job in Turkey. His supporters calling for this, “Erdogan is a silent revolution in Turkey”.

Erdogan was born on February 26, 1954 in Istanbul’s Beyoglu, as well Ms. Tenzile and Mr. Ahmet Erdogan’s son. He has studied in “Piyalepasha Primary School” in Kasimpasa region between 1960-1965, sold bagel and water for his pocket money. Then won Istanbul’s only religious school, “Istanbul Imam-Hatip Highschool”. 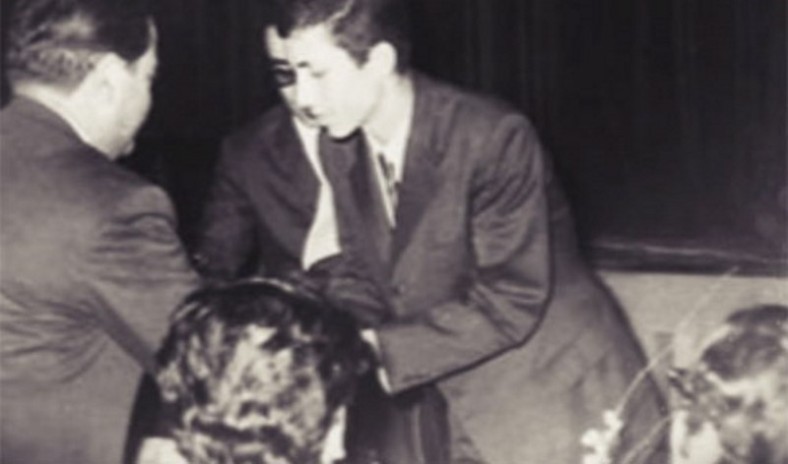 He had started football in a small neighborhood team, “Erok Sport Club” in 1969 and continued footbal in amateur league team “Camialti Sport Club”. Highschool period passed with success, Erdogan joined debates inter highschools, poetry and essay contests, athletism and football tournaments. He has always been active with this and improved his social and cultural skills. Took place in National Turkish Student Unity and drew attention with his perseverance.

University doors closed for him in 1973 because he studied in a religious highschool. He didn’t give up, admitted “Eyup Highschool” and took his second “highschool” diploma. He started Faculty of Economics and Administrative Sciences at the Marmara University. Near this he was transferred to “IETT Sport Club”.

He has been Head of the City Youth Organizations of “National Salvation Party” in 1975. Erdogan got married to Ms. Emine Erdogan in 1978 and his first son Ahmet Burak was born in 1979.

His career has risen with success but dark period of Turkey built wall in front of him with September 12, 1980 military coup.

He has had to leave from political activities, near this he put an end to his 16-year football career. His second son Necmettin Bilal was born in 1981. Erdogan graduated from Marmara University in 1981 and worked in private sector as well manager. He had completed his military duty in 1982 as well reserve officer.

After military duty, he has continued his works on private sector and returned to politics with “Welfare Party” (Refah Partisi) in 1983. Erdogan had his first daughter Esra on the same year. That had been the first steps for new beginnings.

Erdogan developed a new model and organizational structure for Turkish politics on his duty. And with this model, woman and youths have started to join champaigns and take active role on Turkish politics.

Happiness and success near sadness came with time for Erdogan, his father Mr. Ahmet Erdogan died in 1988. 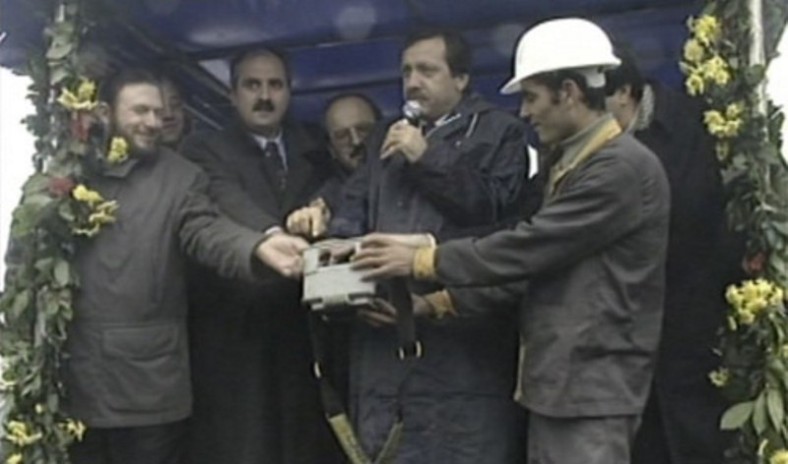 Erdogan was elected for Mayor of Istanbul Metropolitan Munipicality in 1994. He started managing Turkey’s biggest city on 40-years-old and solved the biggest problems in short time. Some of them water, air pollution and garbage problem. Istanbul Munipicality had been having debt about 2,5 billion $ when he came and he has paid a large part. Hundreds investments were held, this passed 4 billion $ and Erdogan’s name was written in the munipicality’s history.

Some people ask, “Why his supporters love him too much?”. It’s because of this, Erdogan won that people’s heart with Istanbul.

Today some people who don’t know about Turkey, they are talking about “free speech”. Erdogan was sentenced to imprisonment for read “poem” and he was forced to leave from duty on Istanbul Munipicality. Thousands people followed him until prison with silent scream on March 24, 1999. That scream echoed all over Turkey, that was saying “this song is not ending here”. 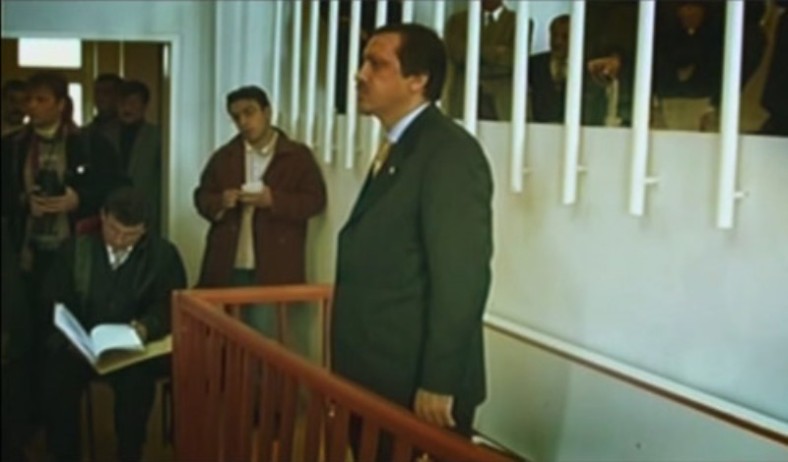 Erdogan was released on July 24, 1999. He started a movement under “the Righteous” name, Erdogan and his friends found AK Party (Justice and Development Party) on August 14, 2001.

Started “white walks” on Anatolia with his leadership and he is welcomed with enthusiasm in every city. Against this, he is banned before to early general election on November 3, 2002. Decision after which he told, “This struggle is the people’s justice struggle” and with ember turn flame on people’s heart.

AK Party has won alone early election on November 3, 2002 and that was called “Anatolian Revolution”. He showed his way friend “Abdullah Gul” for premiership. Erdogan had entered MP renovation election in Siirt on March 9, 2003 and entered parliament with %85 votes. He took duty from Gul, as well Prime Minister of 59th Government on March 15, 2003. He was 49-years-old.

A stable investment time started under his leadership in Turkey. Followed this second victory on local elections on 2004. Started full membership negotiations with European Union on October 3, 2005. Near this, “New Turkey’s” foundations were laid with education, health, defense, justice investments. 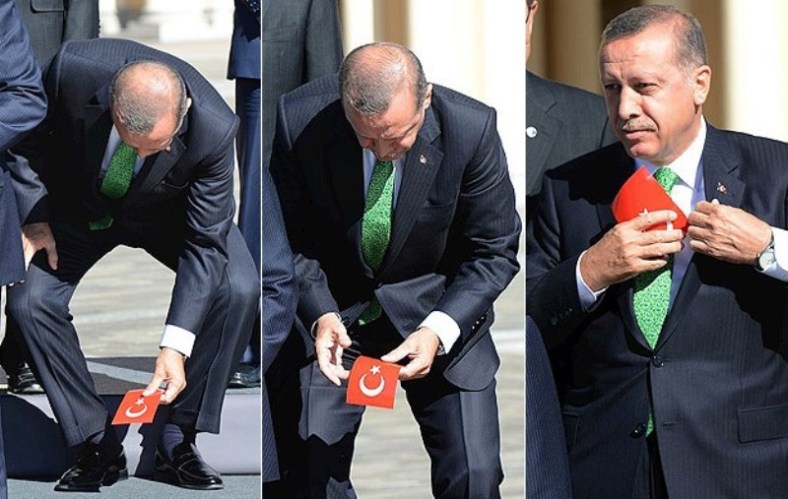 First time a Prime Minister reached every part of Turkey. Erdogan visited 93 countries on 5 continents, 309 times. Turkish trade capacity and reputation has increased around the world.

New obstacles came in front of Erdogan on his way. “Republic Rallies” started on April 2007 with “secularism goes” lies, followed that “e-memorandum” and crisis peak output with 367 decision. He didn’t give up and continued his stable steps, slogan was “Don’t stop, keep going on”.

Republic of Turkey’s president was elected on parliament untill 2007, Erdogan wanted to change this. Opposite parties stood against him and Turkey gone referandum on October 21, 2007 and resulted with people’s victory.

He has continued to solve Turkey’s problems and did never be afraid. Headscarf ban has been removed, resolution process started for Kurdish problem, state institutions met people and reached inaccessible places with him. Erdogan did never step back, this stability was unusual for Turkey and with this his supporters believed him more. He has stayed near downtrodden, who is despised and started freedom struggle. 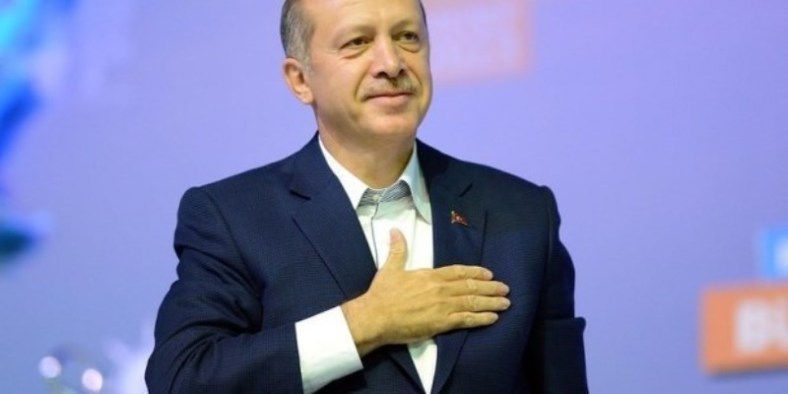 Global economic crisis hit world in 2008 and some countries were effected seriously, Erdogan said “crisis will pass tangent” for Turkey. Also, how he said that really tangent Turkey. Turkey passed this period with minimum harm, he didn’t hold IMF for money and didn’t push country to another a deep wells. Same year opened a law suit for close AK Party, people stayed near him and decided that “AK Party will continue the way”.

Erdogan’s words hits Armenian foreign minister’s face and Western ministers in a meeting in 2008, that was about Armenian claims about Turkey. He has been Azerbaijanian and Turkish people’s voice. Armenian minister just watched, anyone couldn’t say anything. Also, he waited an answer there.

Israeli cruelty hits on every change to Palestine and Palestinians. World didn’t make anything against Israel, also massacres were counted in self-defense. First time a leader gave a lesson to the world and that all started with “one minute” on January 29, 2009.

Erdogan put in front of people a new destination in 2011, slogan was “destination 2023”. Into this vision draw a country superpower on the 100th anniversary of the establishment of the Republic of Turkey.

AK Party won the third time with %49,8 votes on June 2011 general elections and written history. First time a party won three times elections (they did never lose) and also only AK Party and Erdogan’s votes rise on every election in Turkish history. He has taken vote from every two person. He is called “world leader” by people.

He has continued his way with humility, this is why his supporters loved him. And that day came, Erdogan has never been like this vulnerable. His mother Ms. Tenzile died on October 7, 2011. 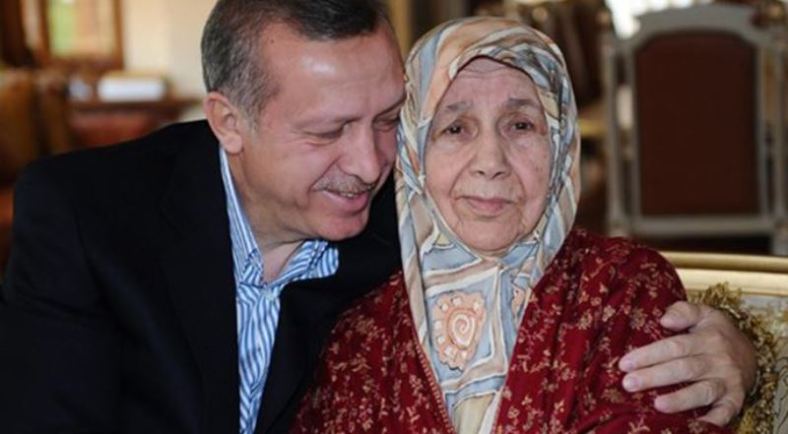 Started “Gezi Park” events on May 30, 2013 and he did never step back from his decisions. Everyone has been curious about why he has still stability, this because of modern Turkish history. Turkey’s former Prime Minister Adnan Menderes was known with his polite style, he won two elections with Democrat Party and he was killed after May 27, 1960 military coup.

Followed these events December 17 – 25 modern coup attempts in 2013 but Erdogan didn’t fall and continued his way. People’s support was stronger this time and his party won March 30, 2014 local elections.

AK Party’s revolutions with Erdogan’s leadership changed Turkey in 12 years, all has been so fast for this country. Turkey’s economy won power, Turkey was a country who has reached all countries around the world. Who needed help, Turkish teams have gone there on his leaderships. Not only in Turkey, health, education, defense reforms touched brother countries. 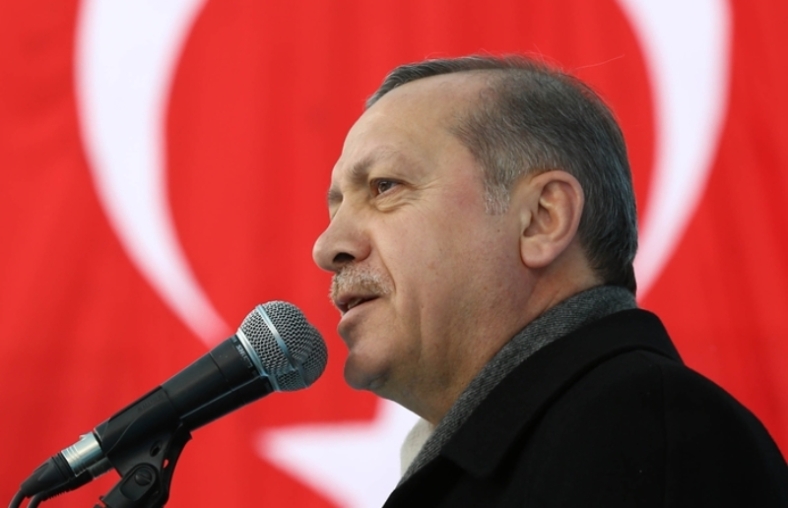 And this success moved Erdogan to presidency. Turkish people for first time elected their president in Turkish history on August 10, 2014. Recep Tayyip Erdogan has been Republic of Turkey’s 12th President on 60-years-old.

Lastly I want to share a part from Former Prime Minister Adnan Menderes’s last letter: “You would not be afraid of my living. But now Adnan Menderes’s soul will follow you and someday will remove all of you hand by hand with people.”

Photos: Anadolu Agency and others

RTE.com.tr resources are used in this article*